"A yoga student who is an unfilled vessel and the instructor is the source who fills this vessel with through knowledge and understanding of yoga and meditation. "

To become a good yogi that is important for yoga aspirants that they should take yoga classes from the best yoga instructors in Rishikesh. A good yoga teachers, who can help their students in providing them with proper knowledge and they can lead a student to become the certified yoga teacher and practitioner. At Mira Yogashala, we believe in the same ideology and never weaken the role of a good yoga teacher in the achievement of the desired results from a yoga training course. Our team of best yoga trainers and gurus are internationally certified with Yoga Alliance, USA and hold many years of experience in yoga and spirituality instructors, vast knowledge in the most trustworthy traditional forms of yoga. Practicing under our yoga instructor’s guidance gives you proper training and better control of your body which makes you stronger and more flexible. With these benefits, the students can earn more benefits from our yoga TTC program. Our yoga instructor’s team at Mira Yogashala guarantee the students to get overall improvement along with an affecting yogic experience during their all-inclusive yoga teacher training program.

(Our team of best Yoga Instructors are Internationally Certified by Yoga Alliance, USA) 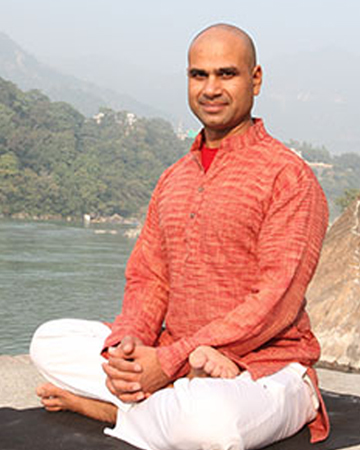 Benkat was born and brought up in a well-known Brahman family of Gangotri- one of the four sacred shrines of Char Dhams of Hindus. Indulged in the hour-long deep meditative practices under the guidance of his Grandfather, he embarked upon his journey of self-discovery at an early age of 10. As he grew up, his quest for the yogic knowledge kept on increasing. He studied various scriptures of different religions and attended three months Satsanga at the acclaimed GeetaBhawan ashram in Rishikesh. After completing his graduation from HNB Garhwal Univ. Srinagar in the year 2005, Benkat decided to make yoga a permanent part of his life. To turn his dreams into reality, he first earned a P.G. Diploma in yogic Science from Pt. L.M.S. Govt P.G. College Rishikesh in 2006 and later did M.A. in Human consciousness & Yogic Science from GurukulKangri University HaridwarUttarakhand in 2008.

Being a brilliant learner and practitioner, he was selected as a Yoga Instructor in Govt. P.G. College New TehriUttarakhand and served there for the year 2008-2009. His working experiences include 6-month learning and sharing experience with Himalayan based tradition as a student yoga teacher in Swami Rama SadhakaGrama Rishikesh, 1-year experience in yoga teaching in Yoga Niketan Ashram in Rishikesh, and 6+ years of yoga teaching experience in China. Benkat is an expert in subjects like Shatkarmas, Asana, Mudra &Bandha, Pranayama, Yoga-Nidra, Meditation, and Mindfulness-walking. 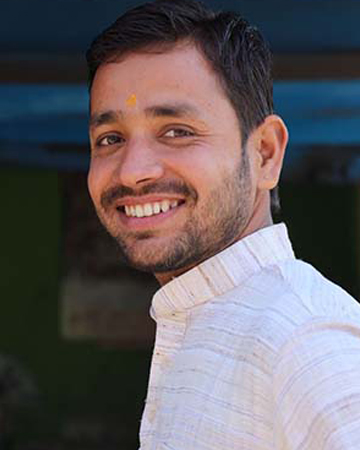 Yogi Deepak Semwal was born in North Himalaya, Rishikesh which is known as the world yog Capital and spiritual group. He belongs a Brahman family. He has the big influence of his grandfather (Astrologer) Acharya Mukund Ram Maithani he was a great Astrologer and ritual priest. Yogi Deepak Semwal did his schooling in Sanskrit from Gurukul Shri DarshanMahaVidhyalaya he took admission in Gurukula in very young age here he learn Yoga, Meditation and Ritual. He received his master degree in Indian Philosophy and Indian Literature from Sampurnanda Sanskrit Vishwavidhyalaya Varanasi (India).

Deepak Semwal is very thankful to his Guru ji Shri Jay Krishna SemwalJi where he received his holistic knowledge under his guidelines. He has very good experience in Horoscope and How Planets works in our life. He makes Kundli, Horoscope, and Annual Horoscope on Birthday horoscope matching of couple before marriage. And planet role in human body. 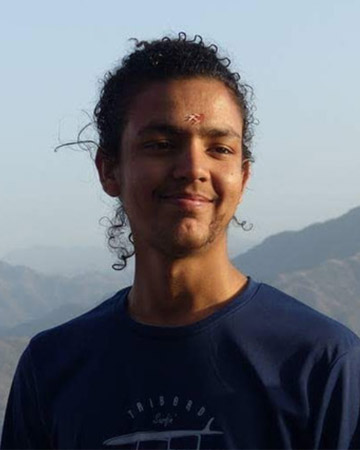 Vikas was born and brought up in brahmin family in the valley of himalyas. He learned vedicchantings and hindu traditional ritulas from very childhood. He studied in school and after graduation, as a young boy he was very interested in yoga asanas. So he began to study yoga and by the time passed, he became interested in yoga philosophy, afterwards he understood that it's imporbtant to study philosophy to deepen into asanas. That’s how he got deeper in his practice and began to share it with studetns. As a young yogi his life changed a lot after getting into yoga and he feels blessed to be in this yoga path of spirituality. He says learning should never stop so he continues his yoga study. 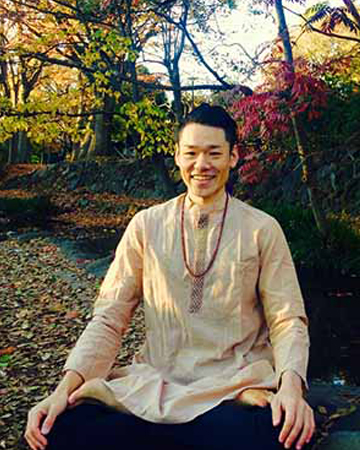 Suffered from anaphylactic shock at the age of 21. Suffered from it repeatedly, but started practicing yoga and overcame the symptoms. After working at a securities company and entertainment office, he went over to Rishikesh in Northern India. Studied Sivananda yoga and Iyengar yoga courses. Frequently attended meditation courses as well. Spent roughly 5 years in 7 countries. He encountered various new ideas and values while in overseas and started to get into the idea of natural farming. He has been continuing his macrobiotic diet for 8 years now. Launched Kumamoto Recovery Support Project 2016 after the earthquake in Kumamoto and helped to directly deliver supplies to volunteer groups and victims in the affected areas. He is very passionate about “making changes in awareness through exercise and food eduction,” so that we could pass on this beautiful planet to the next generations to come and so that people can stay healthy and calm until the very last moment in life. He is continuing with his ashtanga yoga, meditation and mindfulness in his daily life.

See All Our Google Reviews 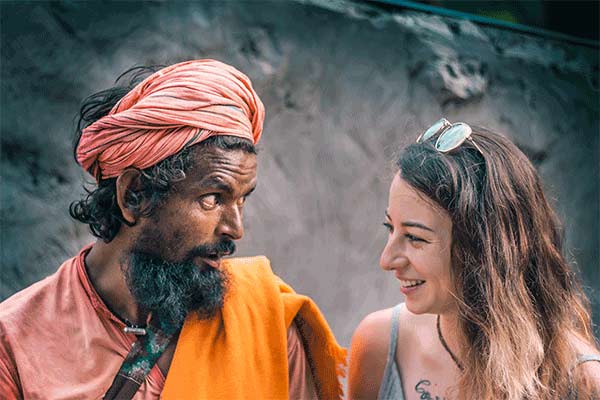 The 200 hour yoga ttc in Rishikesh is an ear to the bottom experience, which will surely aid you in building a strong base of internal discipline. This particular educational program is an in-depth yoga informational program that has breathing exercises, yoga postures, mantras, meditation, kriyas, chanting, philosophy of yoga, etc. Read more>> 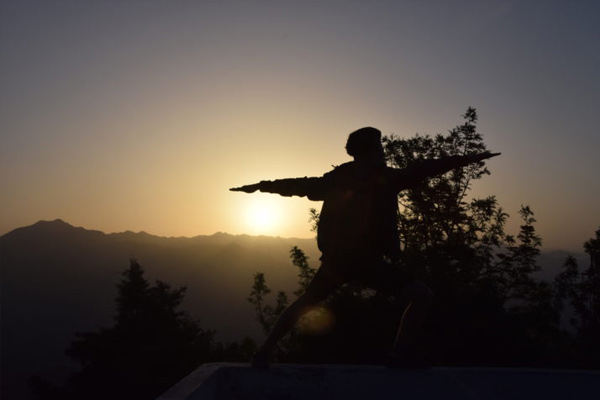 Become a Successful Yoga Teacher with the help of the training

Yoga is an ancient culture, but its impression is often seen prominently within the contemporary lifestyle also. All the traditional sorts of asanas and mudras are still viable within the country, and this is why people come here to practice yoga. Any individual with a reliable certificate can apply for the post of a yoga teacher in any of the renowned and premier yoga studios throughout the planet. Read more>>